Between the lines it’s you,
absent, but a silent presence
just as the rain is absent in the passing clouds.
There you are, absent, in every empty space
of life. In every gap of time
on these panic-stricken roads.
I don’t look out any window,
I don’t stop at any door
I don’t watch the clock
I hear no one’s call.
As geography changes its borders,
fear is my sole companion. 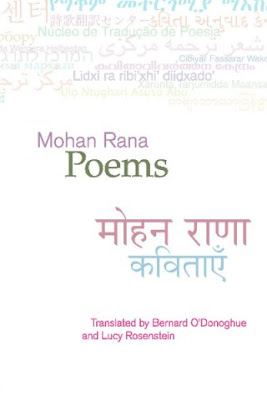 This dual-language chapbook introduces the poetry of Indian poet Mohan Rana, translated by Bernard O'Donoghue and Lucy Rosenstein.
You can order a copy of  this book from here.

A traveller, but a seeker of a path

Did You Hear It Too? by Mohan Rana 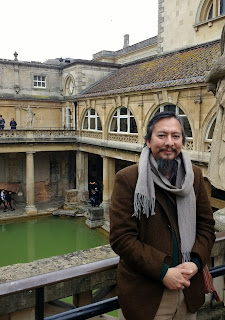 What Gives Mohan Rana’s poetry its magnetic quality is that despite its philosophical profundity, his work is vividly accessible, even to those readers new to Indian philosophy and religion. His themes are universal and they are conveyed through simple, resonant images. Stars, birds and tree inhabit his poetry. His poems are often preoccupied with rain – as in ‘The Colour of Rain'. ‘After Midnight’, ‘Not What the Words…’ – since he is fascinated by the idea of water as a repository of collective memory.
Mohan Rana’s deep engagement with the notion of memory is inflected by his complex relationship with India: the country of his birth, his childhood and the language of his poetry, but which is now beyond his everyday geography. However rather than sinking into the sand s of nostalgia, his work crafts a complex relationship with memory and time. Poems lie ‘After Midnight’ and ‘As the Past Approaches’ address his notion of time, in which the future is a past we have yet to experience.
The tension between memory and oblivion, the acute awareness of the transient nature of life (‘To the Lost Children’, ‘The Colour Of Rain’), together with the irrepressible urge to seek the truth of existence and to recognise the unexpected quality of ‘the ordinary’, creates a sense of the relentless which is central to Mohan Rana’s poetry. Indeed in ‘Did You Hear it Too?’, ‘Your restlessness’ is the protagonist of the poem itself.
Mohan Rana’s poetic sensibility is that of a traveller. It is the journey that engages him, not just the destination, since he prefers to take ‘the read that leads nowhere’ (‘Not What the Words…’). Like one of his most famous predecessors, the founder of modernism in Hindi, Agyeya, Mohan Rana is ’not even a traveller, but a seeker of a path’. Perhaps this is the secret behind the popularity of his poetry: it takes his readers on a journey of discovery that feeds us received meanings and reveals the extraordinary in the everyday.
By Lucy Rosenstein From her introduction to Mohan Rana's Chapbook.

Listen to the  Poem and  Download this recording for free
http://www.poetrytranslation.org/poets/mohan-rana

His published bilingual Chapbooks includes “VIVIR” (To Live, 2016) a Chapbook in Spanish translations and “Poems” (2011) with translations by Bernard O'Donoghue and Lucy Rosenstein.  His poems have been translated into Spanish, Italian, Norwegian, German, Dutch, Marathi and Nepali.

The Cartographer Between the lines it’s you, absent, but a silent presence just as the rain is absent in the passing clouds. Th...


“Amongst the new generation of Hindi poets, the poetry of Mohan Rana stands alone; it defies any categorisation. However, its refusal to fit any ideology doesn’t mean that Mohan Rana’s poetry shies away from thinking – but that it knows the difference between thinking in verse and thinking about poetry. For Mohan Rana the poetic process in itself is also thought process.“


Copies of the chapbook will be available to buy from 1st June 2011 from this weblink of Poetry Translation Centre.

POEMS (Chapbook) is recommended in